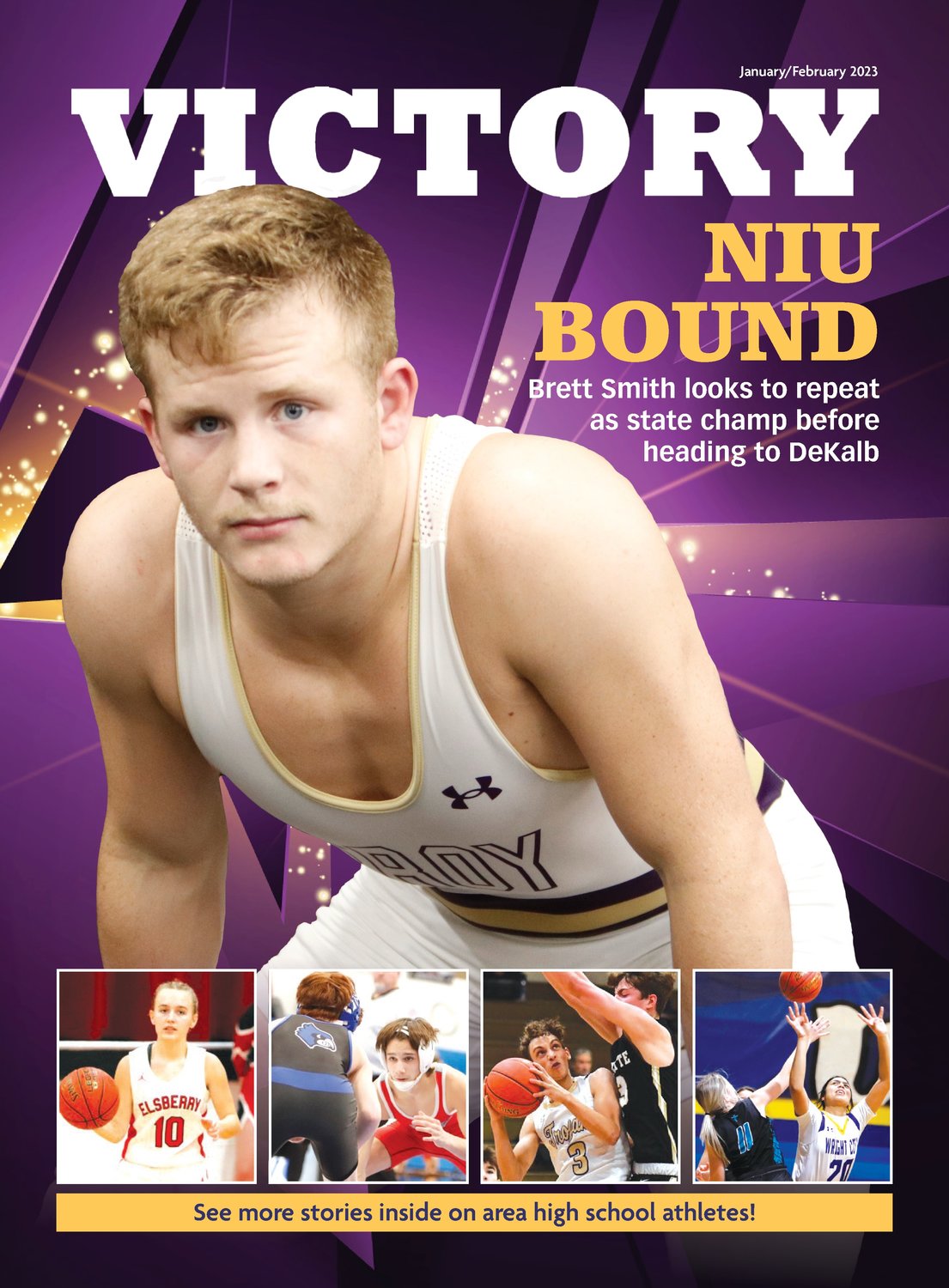 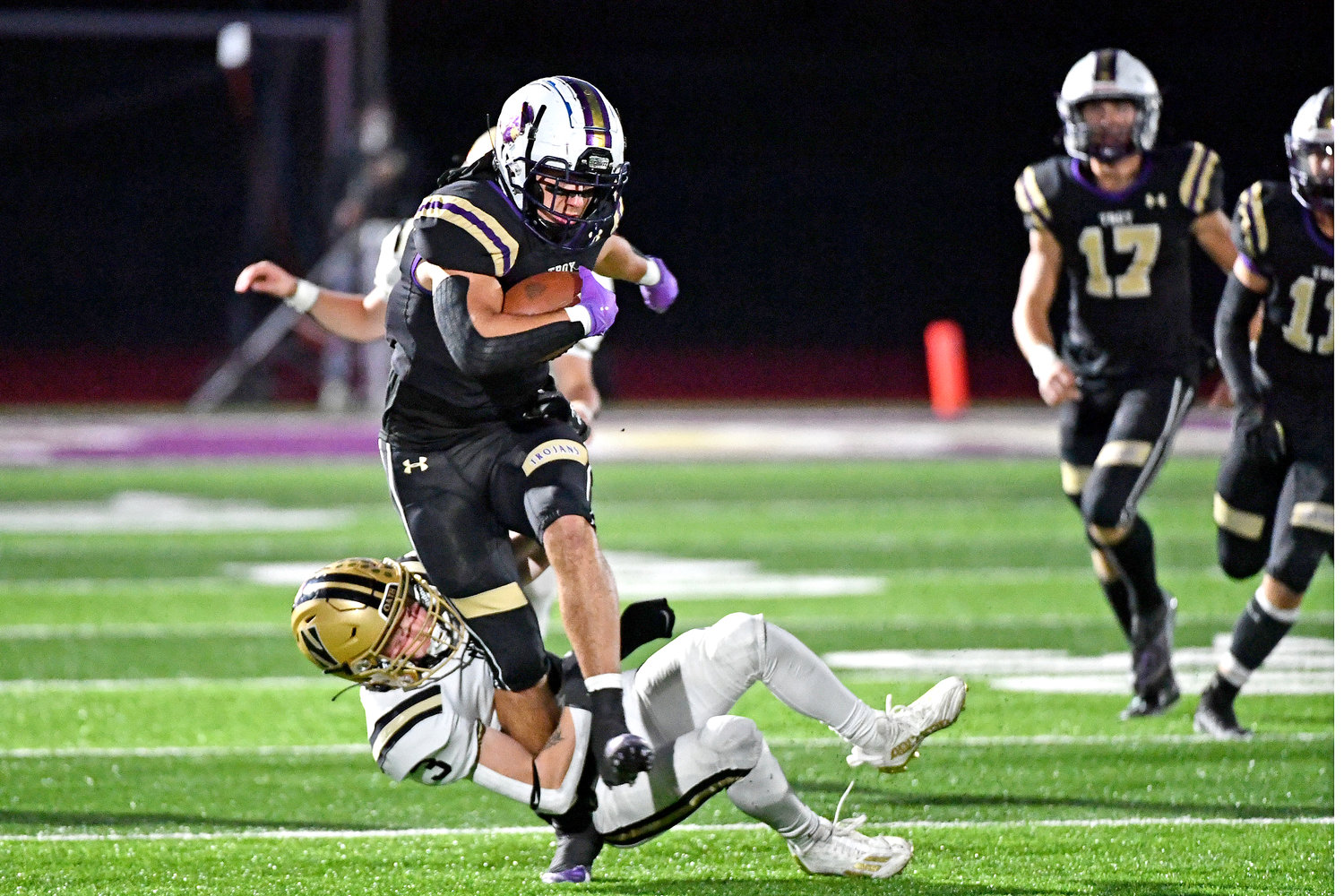 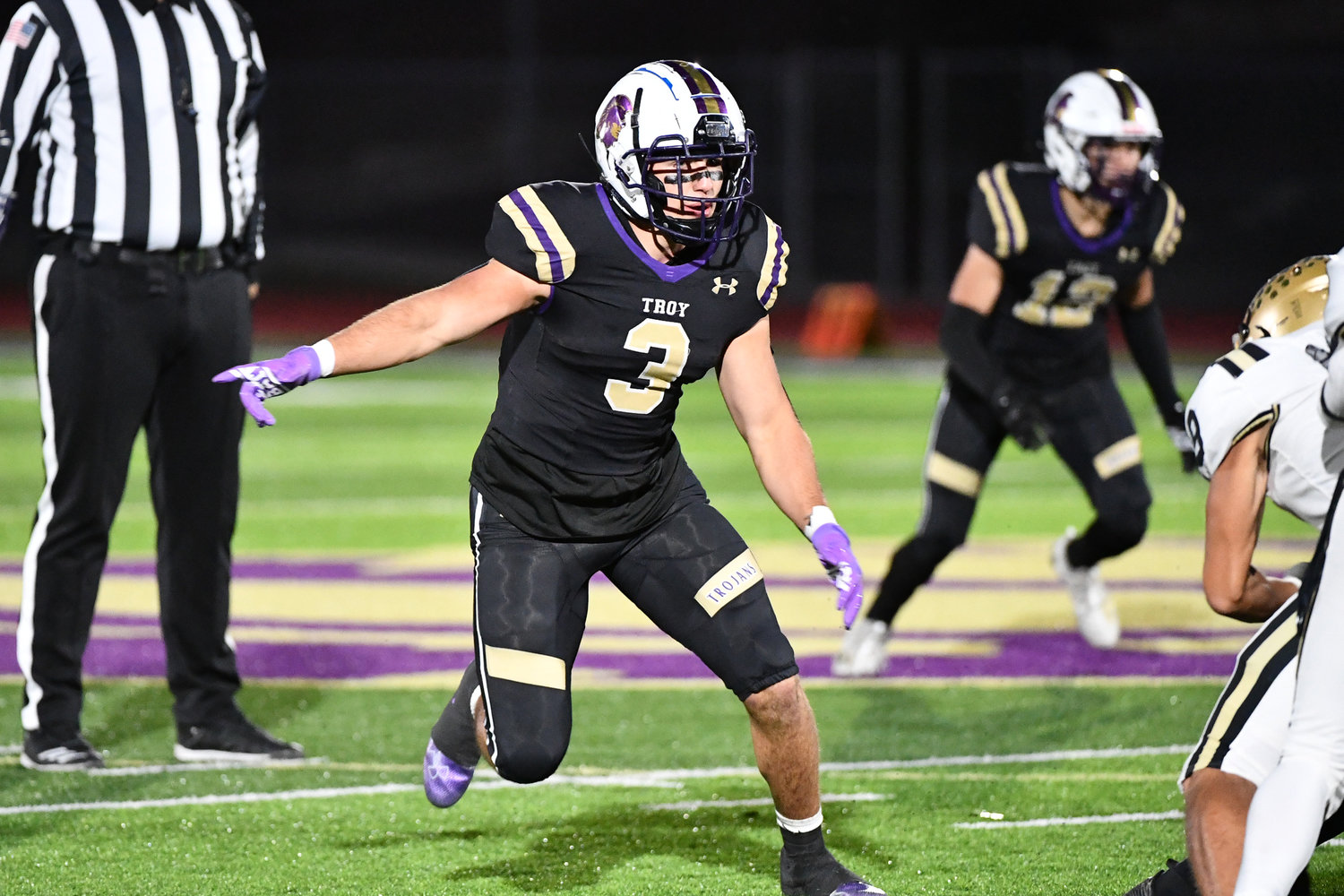 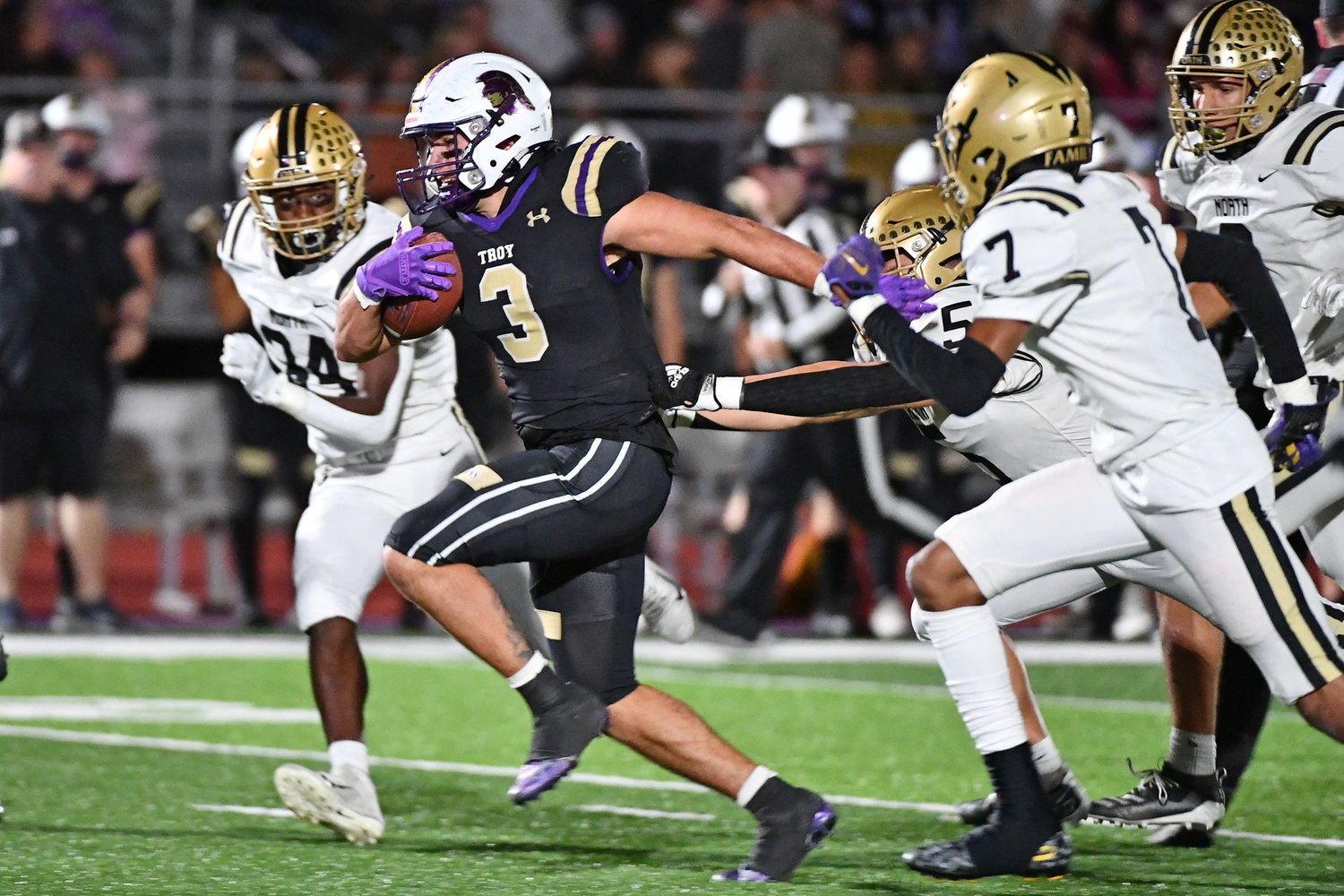 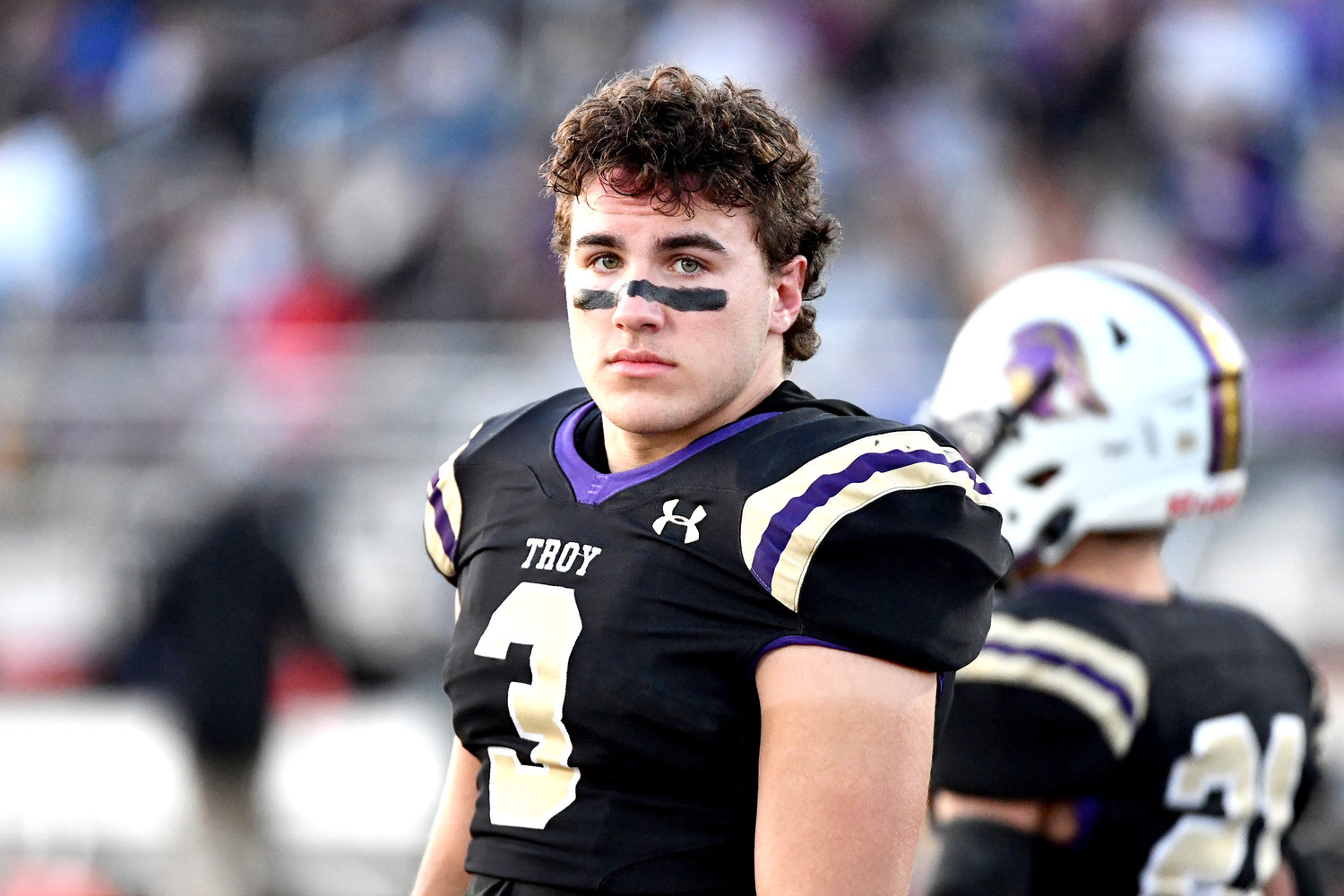 Nick Bova has been a lynchpin for the Troy Buchanan football team the past four years, playing key roles on both the offensive and defensive sides of the football.

A senior, Bova is the Trojans’ starting safety. He also plays substantial offensive snaps as a running back. Seven games into his senior season, Bova had accumulated over 1,800 career rushing yards and 22 rushing touchdowns, along with 321 tackles in his high school career. Bova was a part of last year’s Trojan team that made it to the state tournament semifinals.

“After that, I started practicing with the varsity,” Bova said. “And then eventually started for them. More on the defensive side. That was the main focus. And then later on in the season, I played more offense. I played both ways towards the end of the season.”

Prior to high school, Bova had primarily played linebacker on defense. He moved to safety during his freshman season. Bova said footwork and eye technique were among the changes with the switch to safety.

“I just like hitting people,” Bova said. “It’s just fun to lay the wood out there. That’s just more fun to me. It’s a little easier in my mind too. A little easier just to know the play, run and get the ball.”

Bova had his best offensive statistical season his sophomore season. He rushed for 700 yards in the Trojans’ last season running a flexbone offense. After a 3-7 season, the Trojans transitioned to a spread offense. While there were challenges adjusting to the new offense, Bova said the Trojans’ strong performance in the season opener last season helped boost their confidence in the new offense. Troy Buchanan beat Ft. Zumwalt South 44-7 in last year’s season opener.

“It was pretty hard at first,” Bova said of the transition to the spread offense. “We don’t do a huddle. So you had to learn all the hand signals. We had to learn all the new plays. But then as the weeks went on, by the middle of the season, we were all fine. We all knew the plays.”

Nesbitt said the Trojans loaded up their schedule with the goal of testing the team early on. Nesbitt said in October he likes where the team is at as they look towards postseason play.

Although Bova is unsure of his plans after his senior football season, he is sure he wants to play football at the collegiate level. He has already received some offers and is waiting on a couple more offers. He anticipates waiting until the end of senior year to make his decision. Bova’s top priorities are finding a school and program that has a family feeling and is hard working.

“I want to be part of a winning culture,” Bova said. “A winning team, a winning program. That helps. And just has a good school. I want to have a good degree.”

“When you talk about leadership, he brings it in every facet of our program and his life,” Nesbitt said. “You can see it academically. He’s over a 4.0 weighted GPA. He’s a 100% weight room attendance guy. He’s one of our strongest players. It’s really nice when your best players are your hardest workers. That describes him to a T.”

Before he heads to Mizzou, Jahkai Lang wants another playoff run for Trojans